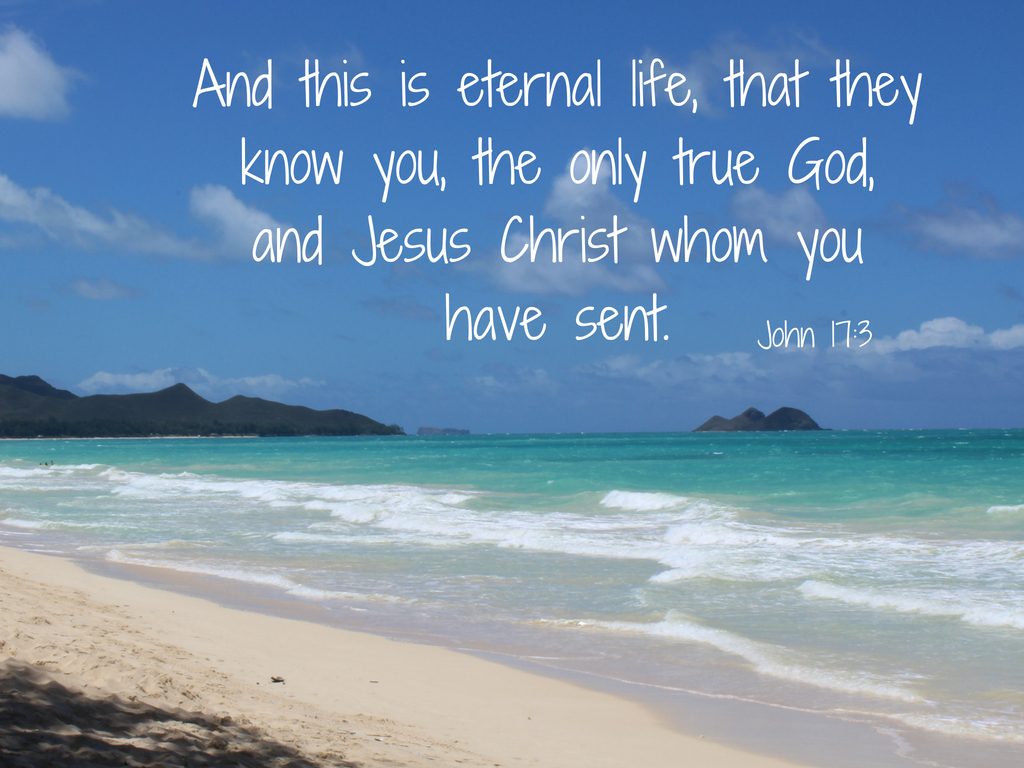 12 Therefore, just as sin came into the world through one man, and death through sin, and so death spread to all men because all sinned-
13 for sin indeed was in the world before the law was given, but sin is not counted where there is no law.
14 Yet death reigned from Adam to Moses, even over those whose sinning was not like the transgression of Adam, who was a type of the one who was to come. – Romans 5:12-14

We find it hard to understand the worldview that all humanity was in Adam when he sinned. We are so soaked in the western individualist culture that even the concept is social responsibility for our neighbours is lacking. But Paul takes it for granted that Adam and Eve were real people (as did Jesus, Matthew 19:4-6) and that we were all IN Adam when he sinned. This means we were all born destined to die – sin and death are combined in such a way that a sinner dies and a person dies because they are a sinner. It is not possible for a child to never sin who is born of Adam. A child, born a sinner is destined to die. Death reigns because of sin. Of course this begs the question about what happens when children die. Some believe that until a child gets to an age of responsibility (ability to make informed, rational decisions) that God extends mercy to them, accepting them into His Kingdom. There are scriptures that point towards that especially what King David said about the death of his and Bathsheba’s child:

Paul then has to counter an argument about what happened to people before the law was given? If there is no law how can someone be called a transgressor? Sin is missing the mark, falling short but is there is no standard haw can sin be defined? Well it’s back to the earlier point. Sin and death are inexorably mixed. Death reigns because of sin. The fact a person dies is evidence of sin in their lives. It does not matter what form that sin takes, it is not only the sin that Adam committed that counts but all actions, words and motivations that stem from a self-directed life apart from God. Jesus is the only man who never sinned. He had to be born by a virgin so that he did not inherit the sin nature. He was a man but He was also God and His divine nature prevented His human nature from sinning. He always did his Father’s will.

And going a little farther he fell on his face and prayed, saying, “My Father, if it be possible, let this cup pass from me; nevertheless, not as I will, but as you will.” – Matthew 26:39

Doing the will of God the Father is evidence of having eternal life:

For whoever does the will of my Father in heaven is my brother and sister and mother.” – Matthew 12:50

To truly experience the full blessing of salvation from sin and death a person needs to be obedient to the will of God in their life. To honestly and simply walk a humble life before God constantly seeking His will. That is where the true blessing is. It is not my will but Your will being done in my life that leads to truly knowing God.